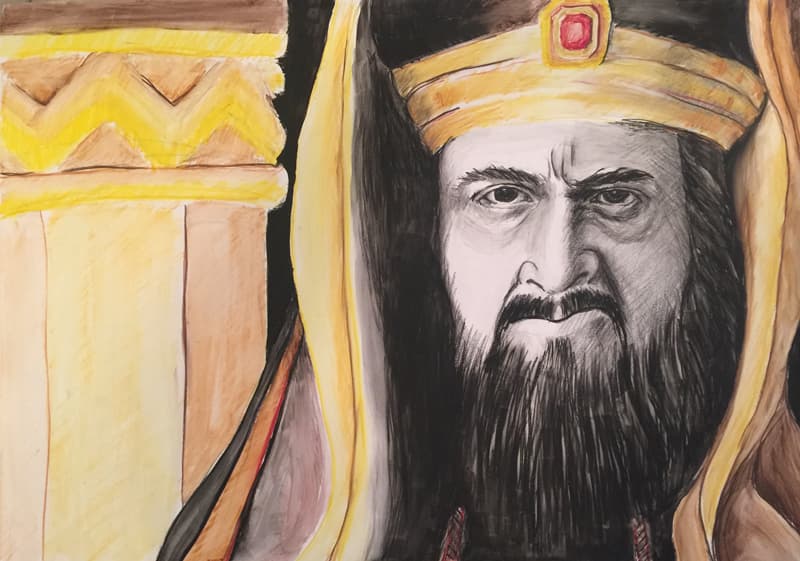 hose who had arrested Jesus took him to Caiaphas the high priest, where the teachers of the law and the elders had assembled. 58 But Peter followed him at a distance, right up to the courtyard of the high priest.He entered and sat down with the guards to see the outcome.

59 The chief priests and the whole Sanhedrin were looking for false evidence against Jesus so that they could put him to death. 60 But they did not find any, though many false witnesses came forward.

Finally two came forward 61 and declared, “This fellow said, ‘I am able to destroy the temple of God and rebuild it in three days.’”

62 Then the high priest stood up and said to Jesus, “Are you not going to answer? What is this testimony that these men are bringing against you?” 63 But Jesus remained silent.

The high priest said to him, “I charge you under oath by the living God:Tell us if you are the Messiah, the Son of God.”

64 “You have said so,” Jesus replied. “But I say to all of you: From now on you will see the Son of Man sitting at the right hand of the Mighty One and coming on the clouds of heaven.”[a]

65 Then the high priest tore his clothes and said, “He has spoken blasphemy! Why do we need any more witnesses? Look, now you have heard the blasphemy. 66 What do you think?”

“He is worthy of death,” they answered.

67 Then they spit in his face and struck him with their fists. Others slapped him 68 and said, “Prophesy to us, Messiah. Who hit you?”