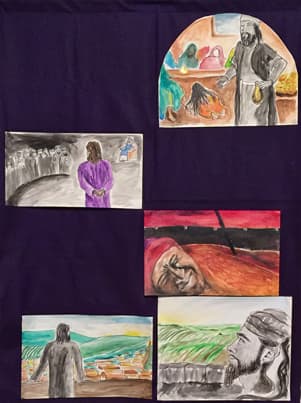 During this season of reflection and repentance, we will take a close look at the Ten Commandments our Lord has given to us. Not only do these commandments of our Father guide our behavior, but, most importantly, they remind us of our deep need for the redemption our Father’s Son, Jesus Christ, has come to bring by His death and resurrection.

A special thanks to Michelle Steen for providing the wonderful drawings for Lent.